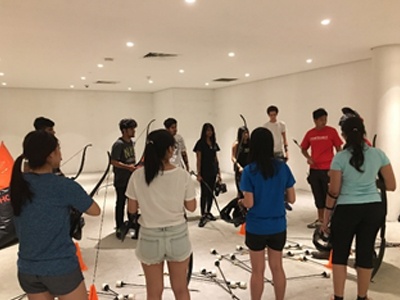 On the 7th of December, the Global Learning (GL) Team took a healthy approach to help the BBA students combat the examination stress.

On the 7th of December, the Global Learning (GL) Team took a healthy approach to help the BBA students combat the examination stress.

The students, many for the first time, got the chance to pick up Archery Tag & Laser Quest. The activities GL thought, would be perfect for a fun and enriching day out of the classroom.

These activities were organised in an effort to introduce and expose the students to the four quadrants of effective teamwork (communication, cooperation, fun and trust). Both activities were interactive, sporty and included some adrenaline-pumping close encounters.

A group of around 80 students signed up for the activity in which they headed off to HomeTeamNS Clubhouse, Bukit Batok, located at the West of Singapore.

The students were divided into small groups and were tasked to work together. They worked towards a common goal with an element of fun which would certainly help them relax and reduce exam stress.

HomeTeamNS is a non-profit Association set up to recognise the invaluable contributions of the Singapore Police Force (SPF) and Singapore Civil Defence Force (SCDF) NSmen to the safety and security of the nation. A merger between the former Singapore Police Association for National Servicemen (SPANS) and Singapore Civil Defence Association for National Servicemen (CDANS), HomeTeamNS aims to create a shared environment for NSmen from both forces to foster better relations while working together. HomeTeamNS was officially launched by Mr Wong Kan Seng, former Minister for Home Affairs on 24 April 2005.

Following the merger between the two Associations, a new name, HomeTeamNS, was adopted. It reinforces the Home Team identity, and brings together NSmen from the SPF and SCDF, and their families closer to the larger Home Team community.

HomeTeamNS has a membership base of over 180,000. It has a total of five clubhouses and provides a platform for NSmen to network and build bonds through sports and social activities. The clubhouses are located at Balestier, Bukit Batok, Chinatown, Sembawang and Tampines. They are equipped with sports and recreational facilities such as gymnasiums and chalets, food and beverage establishments, and child-friendly venues such as water-playgrounds and enrichment centres to bring together NSmen and their families closer to the larger Home Team community. 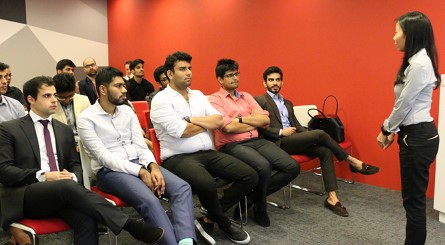 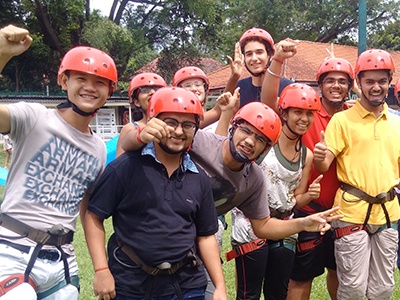