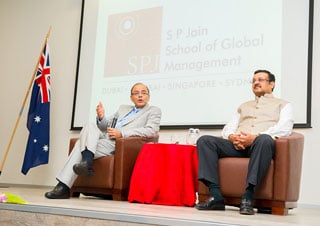 SP Jain School of Global Management’s Sydney Campus was host to the Union Finance Minister of India, Hon’ble Arun Jaitley and his delegation on 26th March 2016. He was joined by His Excellency High Commissioner of India Mr Navdeep Singh Suri, Consul General of India Mr B. Vanlalvawna, and Deputy Consul General Dr Vinod Bahade. The visit was part of his 4-day Australia visit that will find him meet top Australian business leaders and investors. SP Jain was delighted to be his first speaking engagement in Australia in his first Official Visit to Australia.

Working closely with the Indian Consulate, we partnered with business organisations, such as the Confederation of Indian Industry that is bringing a high-powered business delegation from India, and local institutions, such as, Ernst & Young and the Australian-Indian Business Council.

Expressing his delight at speaking at the internationally ranked school, The Finance Minister addressed students on the theme of Reimaging the Indian Economy. He drew attention to how India’s economic fundamentals had enabled it to maintain a steady economic growth in an otherwise turbulent global scenario. Admitting that the growth of the Indian economy has essentially been fits and starts during the previous decades, he promised a more sustained economic performance under the current leadership. He acknowledged that the world economy has been experiencing volatility, which has effected all countries alike. To this end, he emphasized the importance of global participation in India’s development through investments.

President of SP Jain, Mr. Nitish Jain welcomed the Union Finance Minister and remarked how crucial it was for students to pay attention to Mr. Jaitley’s words, as his presence in Australia reflects the excitement the global community has with India's economic resurgence and how this would positively impact the world economy.

Many senior representatives from NSW business, industry and politics were in attendance. Nathan Rees, former Premier said that it was great that such an event was organized the SP Jain School of Global Management. ‘Students are the leaders of tomorrow,’ he said, ‘and it is they that we need to reach out to. They are the leaders of tomorrow.’ A former Indian student, Indranil Halder, who is presently the ambassador of Australia-India Business Council, said ‘SP Jain Global has simply set an extraordinary benchmark by organizing this event. The fact that so many students are involved demonstrates how different they are from the run of the mill education providers. This is a School that makes a difference.’ 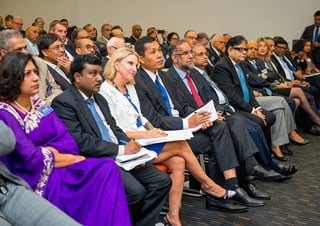 For the students, who attended the talk, this was a particularly inspiring moment, as Shreya Sharma, a Dubai-based MGB Marketing Student currently studying in the Sydney campus said. ‘We were delighted to be the audience for the first in-depth address given by Indian Finance Minister at Australia. As a strong supporter of an economically resilient India, I believe Minister Jaitley was frank, candid and upfront on the way forward.’

This visit is an inspiring building block for all future engagements of this nature. ‘Such activities are an integral component for an education that goes beyond books and theory. It ensures that the education space is not a sheltered cocoon but closely intertwined with the real world’ said Dr. Susan Looms, Head of SP Jain’s Sydney Campus. 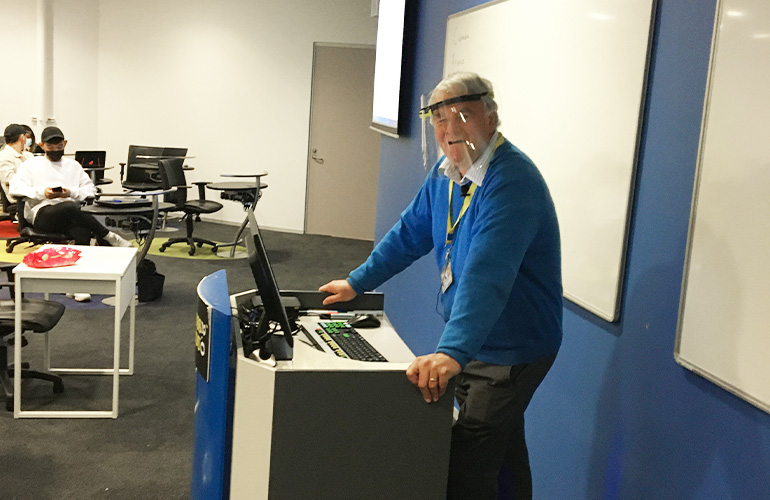 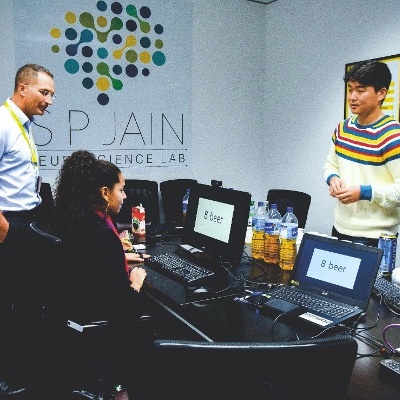 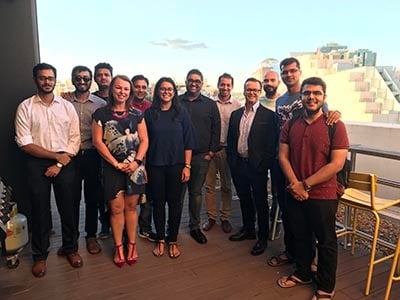 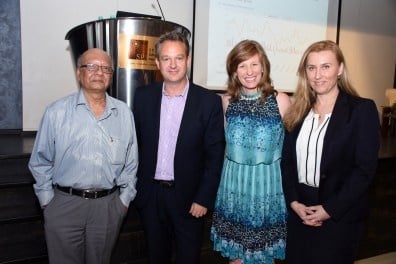 IS THE ‘GREAT CONVERGENCE’ OVER AND DONE?’ AN AUSTRALIAN PERSPECTIVE
END_OF_DOCUMENT_TOKEN_TO_BE_REPLACED