The research challenge is considered as the gold standard among students pursuing a degree in Finance. The two teams from SP Jain emerged as winners after competing with seven teams from various Universities across UAE.  Both the teams demonstrated absolute commitment, rigor and hard work during last four months which helped them in tis major win.

The winning team will represent S P Jain and CFA Emirates society in the EMEA (Europe, Middle East and Africa) regional challenge to be held in Prague, while the runners up are now going to compete across GCC Universities. 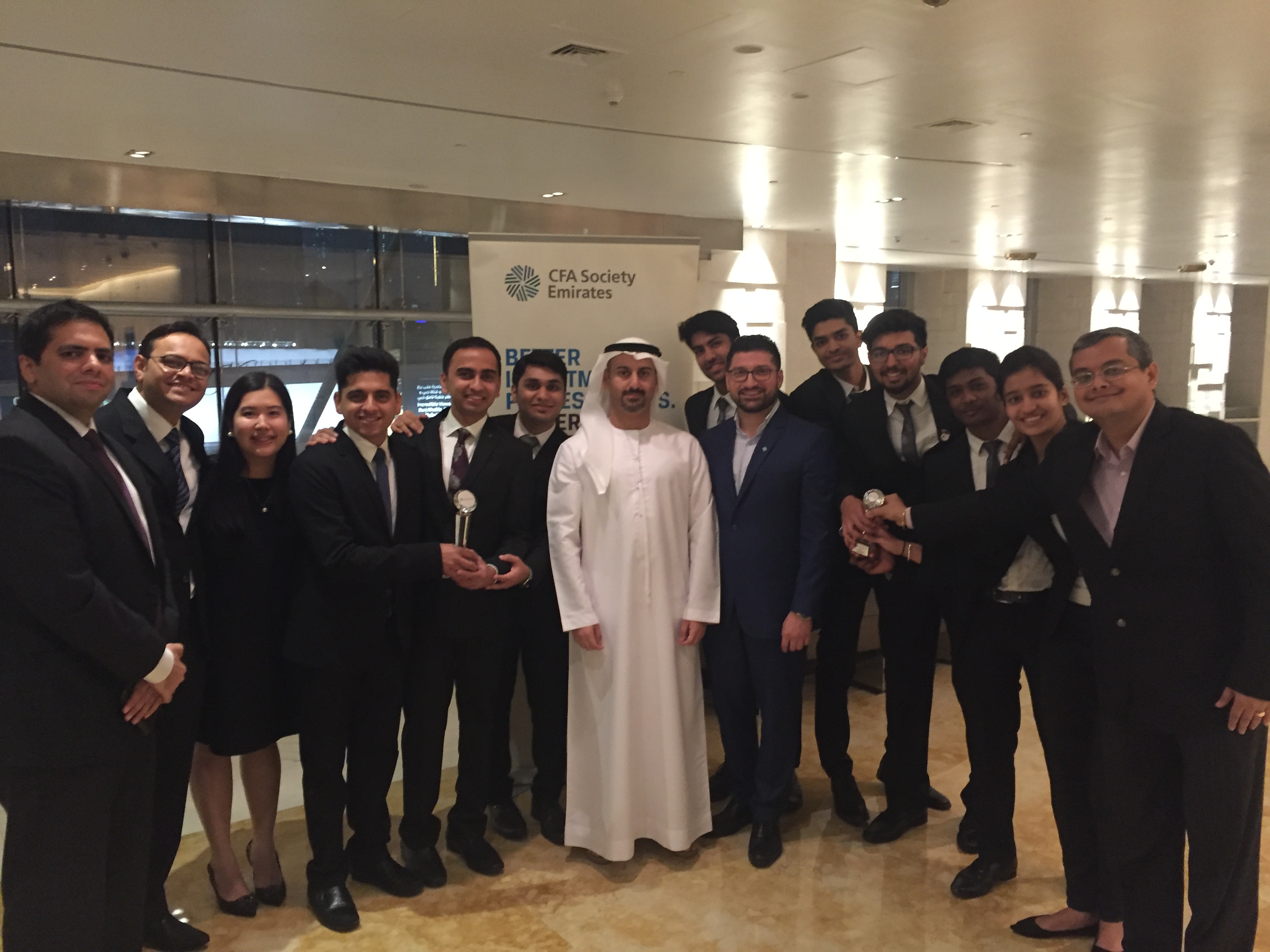 Team SP Jain is extremely proud of the winners and wishes them all the best for their upcoming a in EMEA and GCC competitions.